Pitting or pitting corrosion occurs when localized corrosion leads to the formation of small cavities or pits in a material. Components exposed to certain corrosive environments, such as moisture, chlorides, sulfides, etc., as well as components that have damage to their protective coatings or have nonmetallic inclusions, are at risk for pitting.

Why does pitting corrosion cause failure in critical components?

Pits can become wide & shallow or narrow & deep and can rapidly perforate the wall thickness of metal. The corrosion pits produce stress concentrations with a kt equal to at least 3 and reduces the effective fatigue strength to a third of the undamaged value. Stress corrosion cracking and corrosion fatigue also can initiate at the base of a corrosion pit.

This is extremely dangerous because it’s more difficult to detect, predict, and design against. Also, it can lead to catastrophic failure of a structure with a relatively low overall loss of metal.

How can you mitigate fatigue cracking initiated from corrosion pits?

The introduction of a layer of stable compression on the order of a millimeter deep by Low Plasticity Burnishing (LPB®) can completely mitigate fatigue failures initiated from corrosion pits. Because the compressive layer exceeds the depth of the pits, fatigue crack initiation is eliminated in what would otherwise be a high-stress concentration.

LPB applied either before or after pitting resulted in the same benefit, allowing LPB to be used effectively for either initial manufacture or during repair and overhaul.

LPB has successfully mitigated pitting in many applications, extending service life and reducing maintenance costs without changing the material or design.

Learn more about Low Plasticity Burnishing from Lambda Technologies Group and how it can prevent pitting corrosion in your critical metal components. 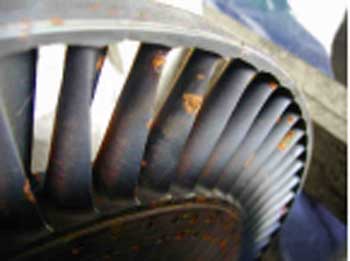 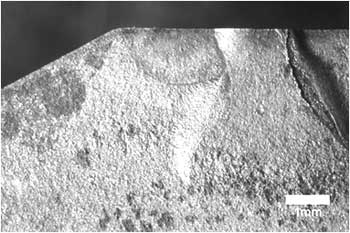 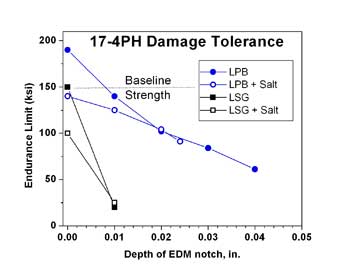